The Stone Barns Apprenticeship Program offers an immersive experience for growing farmers. Our integrated production provides a unique opportunity to explore a range of agricultural disciplines and market outlets. We welcome a new class of Apprentices every year to the farm, each with their own story. 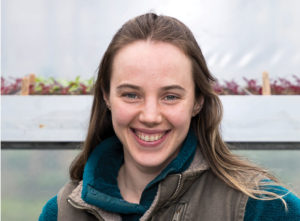 Rory Chipman loves the hard work that comes with farming and the relationships that are created connecting with other farmers. In college she won an award for the female athlete most dedicated to the Varsity Weight Room. Most recently she was working at Back 40 Farm in Washington Depot, CT, which is led by an alumna of our apprenticeship program. 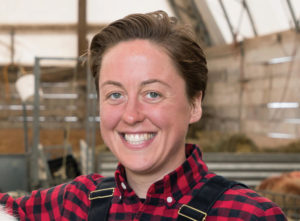 Jess Farrenkopf says that romanesco, the spiky-looking vegetable related to cauliflower and broccoli, is just like life because it is full of infinite complexity but is ultimately formed with relatively simple equations. She is a familiar face at Stone Barns, since she has worked here as a weekend programs associate and educator. She was most recently working at Cropsey Community Farm in Rockland County, and has a background in food service for large institutions. 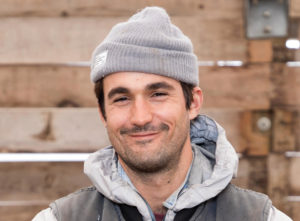 Lawrence Flick comes to us from Miami, FL, where he was engaged in a self-guided apprenticeship in carpentry, design and fabrication at one of Florida’s largest antiques dealers. He previously worked as a permaculture farmer in Costa Rica and on a deep sea fishing boat in Alaska.

Isabel Buenaga Levis is from San Juan, Puerto Rico, and was the only kid in her kindergarten class who was willing to eat broccoli. She most recently interned at the Rodale Institute in their Agriculture Supported Communities program. She has also worked at farms in Vermont and Puerto Rico, and was an educator at Cedar Circle Farm in East Theftford, VT. 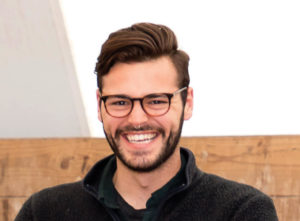 Michael Passalacqua learned about vegetables from his grandfather, a gardener who spoke four languages – none of which was English. He trained as a student farmer in the University of Vermont’s Farmer Training Program. He worked at Greenstone Fields in Northern Virginia on the farm crew and as irrigation manager, and is also a certified yoga instructor and amateur kombucha brewer. 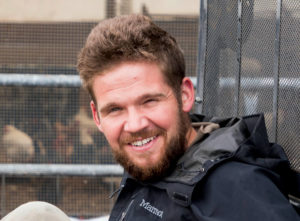 Dave Raggio would love to be a heritage apple tree, planted among other heritage trees and wildflowers to encourage an active pollinating community. He comes to us from Apulum Garden in Darrington, WA where he worked as an assistant farmer since 2016, and has also worked as a chef. 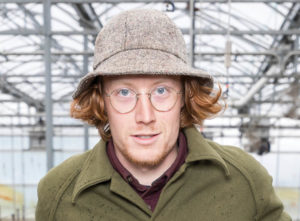 Austen Wagner most recently farmed in Bostic, NC at A Way of Life Farm, a four-season vegetable and livestock farm. He went to college at Vassar, so he’s already prepped for life in the Hudson Valley. Ask him about teaching at the Poughkeepsie Farm Project. 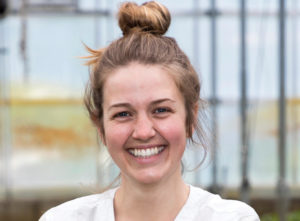 Sami Weiss’s first food memory is of being put on the kitchen floor with a bunch of ingredients and making a huge mess – then finding a magical batch of oatmeal chocolate chip cookies on the counter the next day that her mom said were her creation. She has a Master’s in Food Culture and Communication from the University of Gastronomic Sciences in Pollenzo, Italy and has farmed organically at Frog’s Leap Winery Garden in California’s wine country. 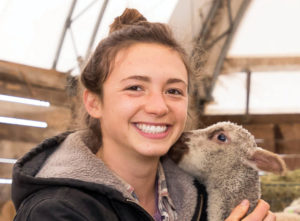 Allie Williams loves purple carrots more than anything, ever – except watermelon straight from the field in the early morning, when it still has a chill on it from the night before. She has a certificate in sustainable farming from the University of Vermont, and comes to us from their farmer training program. As an undergraduate at NYU, she designed her own major in politics, food and public health.