Agriculturally exploited soils are steadily losing quality worldwide due to complex factors represented by the loss of dynamic structure, where soil organic matter and microbial, animal + insect life are lost in the soil. Industrial farming practices and the mineral theory, represented by the influx of chemical fertilizers in agriculture, contribute to the decline of soils in that they are extractive, depletionary, physically abusive and over-taxing of the underlying living system. Join Founder of Woods End Lab and the Solvita Soil Health Test, Will Brinton, as he explains the history and science behind the soil health movement, where the roots, microbes, and soil biology play just as important a role in crop and grass production as limestone and fertilizer. Dr. Brinton will dig into the science behind the soil health movement and its value to the soil health movement. We will discuss how to interpret the Woods End Soil Health Test and learn best practices for observing and measuring soil quality. 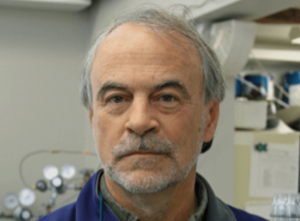 Will Brinton, Ph.D. is the inventor of the Solvita® soil respiration test and the founder of Woods End Laboratories. He grew up near Lancaster, Pennsylvania, and attended agricultural boarding school in Ohio. While beginning his training in agronomy, he co-managed a 15-acre organic vegetable & goat farm for four years in Maine. It was on the farm in 1974 that he started the still-active soil testing service, Woods End Labs, after discovering that soil test methods at the time were only calibrated for inorganic (chemical) fertilizers and were inappropriate for biologically managed soils  – a theme remerging today as soil health comes into focus. Solvita® is a test which is commercially offered by more than 40 soil labs worldwide and is part of the USDA Soil Health Tool and the British Soil Health Check.

Back to All Events